Trafficking and exploitation in focus is supported by

Eight arrests have been made and legal proceedings launched against 33 farming companies across Sicily, after a series of raids found 227 migrant workers trapped in forced labour conditions.

Police carried out raids on 40 farms between April and August in response to an Observer investigation that revealed the widespread forced labour and sexual exploitation of Romanian women employed as seasonal agricultural workers in Ragusa, one of Italy’s largest vegetable producing regions. Only two of the farms were found to be operating properly, according to Antonino Ciavola, head of the police unit. He said he was shocked by the conditions in which people – including a number of Romanian women – were being forced to live and work. 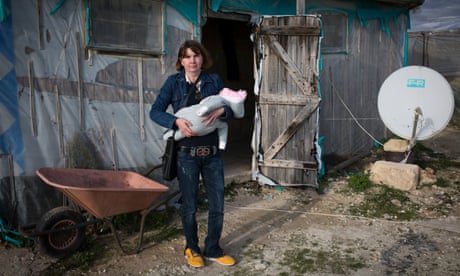 “Of 40 farms we raided, only two were in order. In the other 38, we found workers living and working in terrible conditions in shacks with no heating or water. Some of the farm owners we arrested did not even think they were committing crimes. They saw themselves as benefactors, providing people with work and a roof to sleep under regardless of whether they were then subjecting those workers to exploitation.”

The raids also uncovered a network of recruitment from Romania into the greenhouses of Sicily, with Romanian women enlisting people in their home communities to sign up as labourers for Ragusa farms.

“If this is proved at trial then what we are looking at is an inter-EU trafficking phenomenon,” said prosecutor Valentina Botti, who is pursuing multiple charges of sexual assault and labour exploitation against farmers on behalf of Romanian women.

In March the Observer revealed that up to 5,000 Romanian women working on farms in Ragusa were facing conditions of forced labour and severe labour exploitation. Interviews with women detailed routine sexual assault, being forced to work 12-hour days in extreme heat with no water, non-payment of wages and having to live in degrading and unsanitary conditions in isolated outbuildings.

The Italian authorities say they have taken a series of measures to stem the abuse faced by Romanian workers. In 2014, the Italian Senate human rights committee launched an investigation, and a delegation of ministers met Romanian politicians dispatched to Ragusa by prime minister Sorin Grindeanu.

However, Italian prosecutors and civil rights activists warn that these measures have been insufficient and that thousands of Romanian women and children remain at risk across the region.

“We know from social workers and groups working directly with these women that the abuse and exploitation is ongoing, yet we have not created the conditions in which women feel confident to come forward and denounce their exploiters,” said Botti.

One Romanian worker who agreed to be interviewed anonymously said she was living with her young daughter in an outhouse on an isolated farm.

“Nothing has changed,” she said. “We continue to live in five-square-metre cabins with our children. The children stay in the greenhouses all day. We are not treated like humans inside these places, we are treated like animals.”

According to the INPS, a government body that oversees social security welfare, only 32 of Ragusa’s agricultural farms are in compliance with national labour standards.

“The truth is that today a good part of the agricultural economy in Ragusa is based on the exploitation of labour. If the authorities were to check and fine all the companies in breach of labour laws then the economic system of the region would collapse,” said Scifo. “People are looking the other way.” @The Guardian 31 October 2017